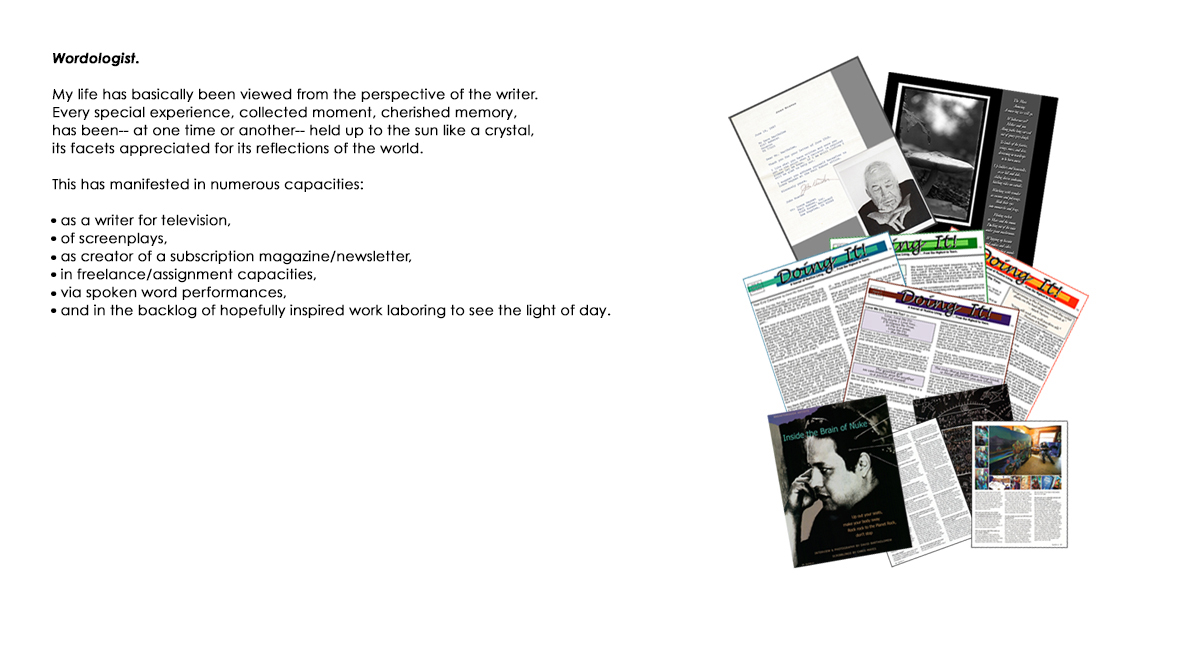 Click on these links to go directly to your area of interest, or scroll down. 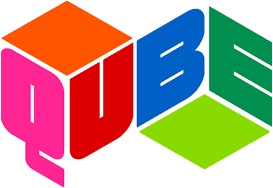 Warner-Amex QUBE, in Columbus, Ohio was the first interactive television, and an incubator for talent and programming which had the eyes of the world on it. As first a junior then senior writer for Regional Emmy award-winning morning show, Columbus Alive, I was tasked with anything from cooking demos, to guest author and celebrity interviews, remotes, all the way on to full-hour serious subjects along the lines of Phil Donahue, Oprah and others of the day. Mentored by the best (thank you Jonathan “Jody” Heaps and Steve Sullivan), and supplementarily instructed by high-power corporate psychologists sharing everything to do with yielding the highest audience response rates– causing folks to get up from the couch, pick up their console and participate– I left QUBE confident of being able to pen engaging stories in any venue I set my mind to.

Along the way there have also been gigs writing my own award-winning documentaries (see the Pictures page) and freelance and commissioned feature screenplays, a tv pilot, etc.

DoingIt!– a Journal of Positive Living

For 5 years my wife and I published the subscription magazine/newsletter, DoingIt!– a Journal of Positive Living. Intended on providing a steady stream of uplifting positivity, constantly challenging the reader to contemplate concepts along the lines of– letting go of fear, living into his or her dreams and operating from a place in answer to the question, What Would You Do If You Could Not Fail?, Doing It! was a true labor of love– a body of work of which we continue to be extremely proud, that we revisit often and are regularly surprised by some of the gems contained within. An archive/digital download pdf of all issues is available for sale Here (clicking opens a new browser tab, taking one to the combined shopping cart of the work of my wife and myself). 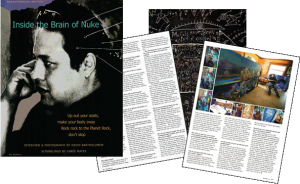 Over the years I have freelanced ad copy and collateral for national clients (ex., Budget Rent-a-Car); had a stint as Director of Marketing for Raviant Networks— writing and tooling all collateral and product materials; as well as taken assignment work for RealTalk LA, Route 66 Magazine, Kansas City Home and Garden and others (see also– Graphic Design section of Pictures page),

I approached Harry Dean Stanton at a concert of his at McCabe’s Music Shop in Santa Monica, about narrating a story of mine (after John Huston had agreed and passed– see that story in Misc below). He later left a message on my machine that he was interested. I knew less about getting an animated special off the ground then than now– which is still nothing– so that languished. But this opened up a professional friendship. In the middle of his singing act he would give the band a break and regale the audience with spoken word– Sam Shepard monologues and things. I loved this portion of the show and later worked up enough gumption to ask Harry if he might be interested in reading some of my blurbs. He agreed. 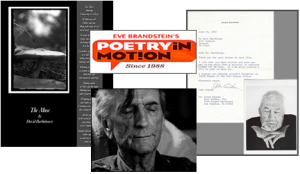 A couple months later I was in Houston, gathering my things for the final move to L.A. after a couple exploratory excursions. I saw that Harry was playing in town (I think it was Rockefellers) and said I would take my best bud to the show as part of my send-off. Harry did not know we were coming. In the middle of the act he dismissed the band and asked the audience if they wanted to hear some poetry. An enthusiastic yes, and he introduced the first piece with, “This one is from a friend of mine from Houston.” It was a piece of mine which became one of his favorites. A really amazing surprise and treat– especially with a good friend there to witness it– and also an auspicious send-off to the City of Angels… portending, I felt, of good omens to come. Harry went on to do my stuff in his act around the country, and I got to see him perform it in such places as Club Lingerie, Harvelle’s, The Mint Lounge and more. 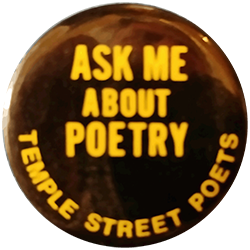 Some time later I got the urge and the nerve to contact Harry and voice that I thought I might be ready to give performing my own work a shot. On his recommendation I got an introduction to Eve Brandstein, and after sending her a few pieces, she put me on the roster of Temple Street Poets at Helena’s, and later at Poetry in Motion at Cafe Largo. People were gracious and a number of people voiced as much– among them Justine Bateman and Taylor Negron. But I could never hold a candle to how Harry read my stuff: with him I always heard exactly what had been in my mind as I penned each of the pieces he chose to perform. 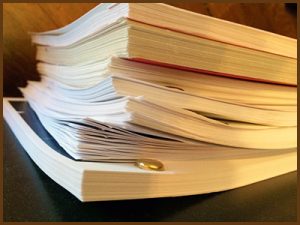